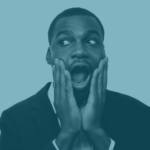 There have been a multitude of articles and published newsletters since the previous Minister of Finance delivered the budget speech to Parliament in February. Although Mr. Gordhan may be complimented in the way he delivered his budget speech, the general sentiment was more negative than positive. An increase in taxes was expected, treasury hinted towards this since last year. What upset market commentators most is that the “super rich”, yet again, absorbed most of the brunt of the tax hikes – against an increasing perception of state corruption by government officials and mismanagement of state funds.

The biggest tax changes in the budget are highlighted:

Treasury is currently considering a review of the following items:

We are keeping a close eye on these developments and will communicate on it as they develop. Regarding the above, it is critical that proper tax planning is done in line with the current tax laws, but also with a view to potential legislative changes.

Do not hesitate to contact Jaco van Straaten (jaco@asl.co.za/021 840 1600) if you have any questions regarding the tax amendments or if you feel the need to review your tax affairs. We would be happy to discuss your needs and see how we can provide a tailored, customised service to your business.