We hope that you are well rested after the holiday season

At ASL we firmly believe in empowering each individual staff member not only in a professional manner but also on a personal level.We truly care, by building personal relationships, providing a pleasant working environment, supporting a work/life balance and believing in fair compensation. May each and every one of your journeys with ASL be the embodiment of our philosophy!

We wish you all the best.

Ananda is a small-town girl who grew up in Worcester. She studied BComm (Management Accounting) at the University of Stellenbosch and completed her honours degree in 2015. During her years as a student Ananda was a resident of the Heemstede Ladies’ Residence on campus. She has high expectations of 2016 and hopes to tackle every challenge with success and dedication, to seize every opportunity and to have no regrets. Ananda has a love for the outdoors and enjoys cycling, jogging and swimming to stay fit. Friends and family are very important to her and she ensures that she finds time to spend with them.

Beyers was born and raised in the Limpopo town of Mokopane (Potgietersrus). He studied BCom (Financial Accountancy) at North-West University in Potchefstroom and completed his honours degree in 2015. Beyers was a proud and involved resident of the Patria Mens’ Residence on campus. His goals for 2016 are to learn as much as possible and to further his studies in Taxation. He has a great love for the Cape, likes a glass of good quality red wine and is also a coffee connoisseur. Beyers enjoys the outdoors, some adventure, and has a keen interest in cars.

Suné is originally from Namibia, but spent most of her life in Clanwiliam. She studied BCom (Financial Accounting) at the University of Stellenbosch and completed her Postgraduate Certificate in Education in 2014. She is currently working to complete a Postgraduate Diploma in Development Finance. Her goals for 2016 are to complete her first year of training at ASL, to learn as much as possible about the various industries, and to participate in as many ASL activities as possible. Suné likes to be active and enjoys the outdoors and various sporting activities.

Pieter grew up in the small town of Zastron in the southern Free State. He studied BCom (Financial Accounting) at North-West University in Potchefstroom and completed his honours degree in 2015. Pieter was a resident of the Patria Mens’ Residence on campus.  He is looking forward to the new challenges and a new environment in 2016, and expects to learn and grow in the coming year. Pieter loves all sports and supports his favourite teams enthusiastically. In his free time he likes to relax by watching TV series, exercising and cycling.

Marice Basson hails from Port Elizabeth in the Eastern Cape.  She graduated in 2015, obtaining her honours degree of BCom (Management Accounting) at Stellenbosch University.  This year she aims to learn and to challenge herself in all that she takes on, and to be a great comfort and blessing to her family, friends and colleagues.  Her hobbies and interests include needlework, outdoor activities, collecting vintage classic children’s books and spending time with family and friends.

Nic is originally from Frankfort in the Free State. He attended primary school in Frankfort, before going to Bloemfontein to attend Grey College from which he matriculated in 2010. He studied BCom (Chartered Accounting) at North-West University in Potchefstroom. In 2016 he will be studying towards his CTA through UNISA.  Nic aims to establish himself in his new environment by working hard and making new friends, and hopes to maintain good interpersonal relationships in both his personal and professional lives. His hobbies and interests include a love for sport, spending as much time as possible on the golf course, and being with friends and family, preferably next to a campfire.

Elandré was born and raised in Kroonstad, the third largest town in the Free State, where he also matriculated. He studied BCom (Chartered Accounting) at North-West University in Potchefstroom and passed his honours degree in Chartered Accounting in 2015. As an undergraduate, Elandré was a resident of the Patria Mens’ Residence on campus. His goals for 2016 are to learn about the business world and to make this year as successful as possible. Elandré’s hobbies include cricket, rugby, swimming and tennis.

Ineke hails from Rustenburg in the North-West Province and matriculated from the Hoërskool Rustenburg in 2011. She studied BCom (Chartered Accounting) at North-West University in Potchefstroom and completed her honours degree in Chartered Accounting in 2015 at the same University. During her studies she was a proud resident of the Wag-‘n-Bietjie Ladies’ Residence on campus. In 2016 she would like to achieve success in all of the new challenges that life after studies may offer. Ineke likes to relax with a book and to spend time with friends and family.

Marnelle grew up in Rustenburg in the North-West Province and matriculated in 2011. She studied BCom (Chartered Accounting at North-West University in Potchefstroom and graduated in 2014. In 2015, she successfully completed her honours degree in Chartered Accounting. Whilst studying, she was a resident of the Huis Republiek Ladies’ Residence on campus. One of her aspirations for 2016 is to learn how to surf, now that she lives so close to the beach! Marnelle loves the outdoors and nature, and enjoys activities that take her outside.

Gideon Johannes (GJ) was born in the town of Vryburg in the North-West Province, but grew up on a farm called Matoppie. He matriculated at the Hoërskool Vryburg in 2011. GJ studied BCom (Chartered Accounting) at North-West University in Potchefstroom, and completed his honours degree in Chartered Accounting in 2015. Whilst studying, GJ was a resident of the Patria Mens’ Residence on campus. In 2016, he would like to find his feet at ASL and make a positive contribution to the work of the firm. He also wants to enjoy the year by getting to know the Cape. His interests include technology, reading, sports and animals.

Keagan hails from Paarl in the Western Cape. He studied BCom (Management Accounting) and BCom (Accounting) at Stellenbosch University and obtained the degrees respectively in 2013 and 2015. His goals for 2016 are firstly to learn as much as possible in the workplace, and secondly to grow as a person and trainee. Keagan will also be studying towards his CTA through UNISA. He has a love for reading and also enjoys various sports, with rugby and football as a serious interest, and cricket as a hobby.

Natasha grew up and matriculated in Secunda, Mpumalanga.  She studied BCom (Chartered Accountancy) at North-West University in Potchefstroom and completed the BComHons (Financial Accounting) in 2014. Her goals for 2016 include making a success of her first year of articles and fulfilling all her duties to the best of her abilities. She likes maintaining a healthy work/life balance, as well as pursuing activities that may lie outside of her comfort zone. Natasha is fond of reading and has a keen interest in nature, enjoying activities such as fishing, hiking and camping.

Morgan hails from a farm near Kuruman in the Northern Cape. He studied BAcc at the University of Stellenbosch and was a proud and very active resident of the Helderberg Mens’ Residence on campus, where he served on the House Comittee for two consecutive years. His goals for 2016 include successfully studying towards his CTA at UNISA, and to apply himself properly to gain the experience to work in practice and apply what he has studied. His interests include agriculture, all sports and good wine. His hobbies include spending time on the farm, playing golf with his siblings and enjoying good wine around a campfire.

Ruan is a “West Coast kid” through and through. He was born in Cape Town, and moved to Vredenburg at a young age. He attended Vredenburg Primary from grades 1 to 7, before going to Paarl Gymnasium from which he matriculated. He attended Stellenbosch University where he studied BAcc. His goals for the year are, amongst others, to enjoy his new job and everything that goes with it. He is also studying towards his CTA through UNISA and aims to pass it first time round. He is looking forward to working with his new colleagues and to learn from the people around him.

Jandrie Gerber and Tiaan Meyer got engaged on Saturday, 13 February 2016, at Cape Canopy Tours in the Elgin Valley. Jandrie and Tiaan are planning on getting married within the year and will be settling in George. We wish them nothing but happiness.

Marice Basson got engaged to Matthew Randall on 7 February 2016. Plans to wed are still in the early stages and the wedding will most likely only be in 2017. We wish them all the luck and happiness in the world.

In the words of the Mamas and Papas in their timeless song Turn Turn Turn, “to everything …there is a season… and time for every purpose under heaven… a time to build, a time to break down, a time to dance, a time to mourn, a time to cast away stones, a time to gather stones together…”.

So too there is a time to say farewell to some of our colleagues who will be pursuing new and exciting ventures.

Their contribution will be missed and we wish them all the best for the future. 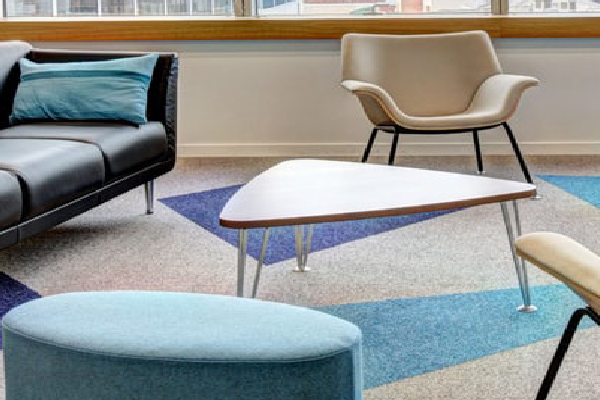 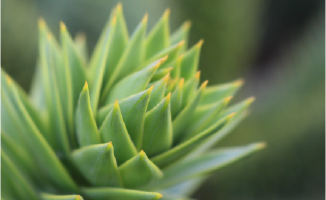 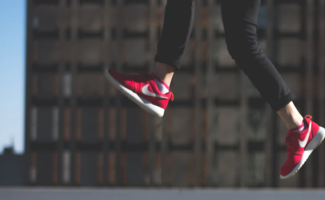