At ASL we strive to create an environment where our employees thrive. Therefore, we would like to extend a warm welcome to our new employees to the “ASL Family” and wish them all the best for their new journey ahead. We look forward to building strong relationships and working as a team to deliver excellent service. 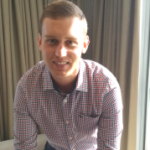 Tiaan was born and raised in Sutherland. He obtained his B.Com LLB degree at the University of Stellenbosch in 2014. He completed his articles as candidate attorney at Basson Blackburn Inc. and stands to be admitted as an Attorney, Conveyancer and Notary Public of the High Court of South Africa in February 2017. He enjoys being active, the spending time outdoors and spending quality time on the family farm near Sutherland. 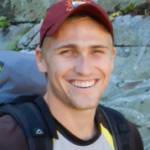 Dirk hails from Somerset West, where he grew up on a vineyard small holding. Dirk went to Paul Roos Gymnasium in Stellenbosch, after which he graduated with a Bachelors in Accounting from the University of Stellenbosch. He completed his Honours in Accounting at Stellenbosch University in 2016. During his student years, he was a resident of Eendrag Men’s Residence. Dirk is very passionate about sports and enjoys playing hockey competitively and golf socially. He is excited to learn all there is to know about being a Chartered Accountant. 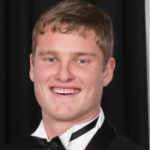 Duncan was born in Namibia and spent most of his childhood years there before moving to Durbanville, where he attended high school at Stellenberg. He studied BAccounting at the University of Stellenbosch and is currently studying towards his Honours in Accounting. During his time at University he was a resident of Dagbreek Men’s Residence, where he participated in both cricket and rugby. He is a die-hard Liverpool football supporter. Duncan looks forward to a new phase in his life where he can meet new people, continue to develop and educate himself on various aspects of the business world. 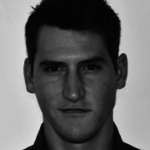 To say that Daniel originates from Richards Bay is only half the truth, as he spent more time at the beach than anywhere else. He studied BAccounting at the University of Stellenbosch and completed is Honours in Accounting in 2016. Daniel enjoys spending time with friends, surfing on a quiet day or kite-surfing when the wind blows. Music and art are necessities in his life – he feels that it balances the rhythms and predictability of debits and credits. Daniel is ready for new experiences, challenges and meeting new people in 2017. 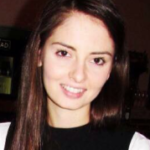 Desireé was born and raised in Somerset West. She studied BAccounting at the University of Stellenbosch and completed her Honours degree at Stellenbosch University in 2016. Her goals in 2017 are to do her best with every challenge that comes her way. She is a nature lover and enjoys spending her free time at the stables, with her family and friends, or on her yoga mat. 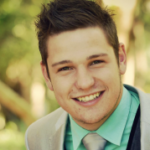 Geerhardt hails from Kimberley and matriculated from Adamantia High School in 2013. He studied B.Com Forensic Accounting at North West University in Potchefstroom and completed his degree in 2016. During his studies, he was a proud resident of the De Wilgers Men’s Residence. In 2017, he would like to achieve success by completing his Honours degree in Accounting through UNISA and to make the most out of every opportunity/challenge that may come his way at ASL. His hobbies include tennis, table tennis, hockey, badminton and spending time with friends and family. 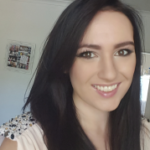 Lana comes from Worcester, studied BAccounting at the University of Stellenbosch and stayed in Serruria Ladies’ Residence. She loves running, baking and spending time outdoors with friends, family and animals. Lana cannot wait to begin her career in auditing at ASL, learn about different industries and ultimately become a successful and well-rounded Chartered Accountant. Her motto is “the best way to predict your future is to create it”. 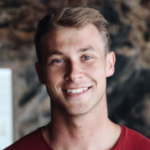 Jandré grew up in the heart of the Klein Karoo, in the small town of Oudtshoorn and matriculated in 2011 from Langenhoven Gimnasium. He studied B.Com Management Accounting at the University of Stellenbosch and completed his Honours degree in 2016. He was a proud resident of Huis Marais in his university years and enjoyed the student life, but he feels it is now time for new and exciting beginnings. Jandré loves the social side of life, the outdoors and sport. He especially loves surfing and adventure biking. Family and friends are the most important to him and he strives to be the best friend, brother and son. 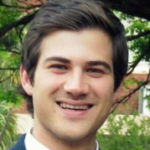 Andre grew up and matriculated in Cradock in the Eastern Cape, but is currently living in Paarl. He completed his degree in B.Com Financial Accounting in 2015 at the North West University of Potchefstroom and was a proud resident of Laureus Men’s Residence. His goals for 2017 are to learn as much as possible and to be successful in every task that he attempts. He believes in a balanced lifestyle and that spending time with friends and family are very important. Andre’s hobbies include playing tennis and going hunting occasionally. 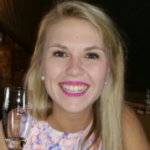 Karmi Orban grew up on a small holding just outside Port Elizabeth. She studied B.Com Management Accounting at the University of Stellenbosch and successfully completed her Honours in 2016. While studying, she was a resident in her “home away from home” at Heemstede Ladies’ Residence. Her goal for 2017 is to do everything to the best of her abilities and to learn and grow in every way possible. Her hobbies include shopping, dancing, being outdoors and spending quality time with family and friends. 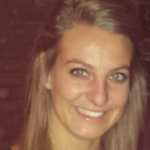 Lilané grew up on a farm in the Karoo near a small town named Rietbron.  She studied B.Com Chartered Accounting at the North-west University of Potchefstroom and completed her Honours degree in Management Accounting in 2016. She is excited to enter the working environment in 2017 and wishes to develop new skills and gain experience at ASL. Lilané loves nature and spending time outdoors. 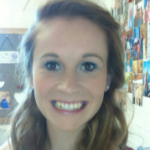 Debbie is a small-town girl from Cape Agulhas. She matriculated at Bredasdorp High School and left the nest to study B.Com Financial Accounting at the North West University of Potchefstroom, where she graduated in 2016. She was part of the Vergeet-My-Nie family for three years. She is very excited for the new challenges that await her in 2017, one of them is becoming part of the ASL team and working hard on achieving her goals. She is a very passionate individual when it comes to learning new things. She loves going to the beach, reading and spending time with her family.