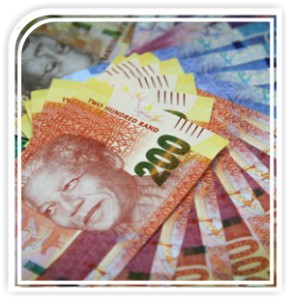 The Minister of Finance, Pravin Gordhan, delivered his budget speech in Parliament on 26 February 2014. The event almost brought our firm to a standstill as we at ASL anxiously waited for the announcement of drastic changes, which has become the norm over the last few years.

However, the budget speech came and went, and eventually the proposed budget changes of previous years that did not become reality were more conspicuous than those that actually occurred.

What did not happen?

Last year a few drastic proposed changes were mentioned in the budget speech. It was proposed that government look more specifically at trusts, particularly as regards the conduit principle[1] and the possibility of dispensing with it. There was mention of the possibility of further increasing[2] the inclusion rates of capital gains as well as of an increase in the VAT rate, and even of implementing a differentiated rate[3]. Lastly there was the possibility of placing a limit on the interest exemption available annually to individuals regarding interest income from connected parties.

Fortunately, none of these adjustments were included in this year’s budget.

What did indeed change

In a budget speech that was regarded by some as a so-called election budget, and did not contain many changes, there were nevertheless some items that should be noted. Some of the most important of these include:

This year’s budget speech led to a sigh of relief from taxpayers, particularly because most experts had expected tax increases rather than any big tax relief. We come to the conclusion, jokingly, that tax practitioners received the most relief. Some settling of the dust after all the changes of the past few years, is very welcome.

Bear in mind that there are a few proposed changes that may be implemented by government later in the year. Should these changes realise we will provide details in our Newsletter.

It appears that most of the proposed changes relate to provision for retirement and contributions to retirement funds. We suggest, therefore, that you discuss your retirement planning with your financial adviser in good time and make adjustments, if necessary.

You are welcome to get in touch with us should you wish to discuss the information provided in this article in more detail. You can also download ASL’s electronic tax guide from our website. It contains interesting information on the more general tax provisions and rates applicable to the average taxpayer.  Click here to download our 2014/2015 tax guide.

This article is a general information sheet and should not be used or relied on as professional advice. No liability can be accepted for any errors or omissions nor for any loss or damage arising from reliance upon any information herein. Always contact your financial adviser for specific and detailed advice.